Skip to content
…would you have sex with her?This post is not safe for work. Note: I encourage comments. If you’re reading this from a phone, I haven’t found a way to enable commenting from the the mobile format. If you switch to desktop mode in your browser, you should get a form at the bottom of the post. One of my objectives to living here in Germany is to improve my German. I’m a citizen. I should be able to speak the language. As part of that, I’ve been reading articles in the newspaper 1 as well as magazine articles. There are some things about the tone and coverage of what I’ve read that strike me as different from what you’d read in American publications. I’ve thought about doing some posts on this blog of the theme, “The things I’ve read in Germany”. I guess this is the first of these.

The future of sex

The other day, I was at the drinkshop and an issue of Focus magazine caught my eye.2 The headline article is about how robots/cyborgs, possibly with artificial intelligence (AI), may affect our future sex lives: In this post, I’ll need to go on a tangent or two 3 as background to my perspective on the topic. First, I’ll list some of the ideas that the article gives 4. Next, I’ll describe some thoughts I’ve had around another sex topic – plastic surgery. I’ll go a little into prostitution, and finally, I hope it’ll come together in a coherent way. My main point is this: Be careful what you judge others for. We all want to draw lines elevating ourselves, but there usually isn’t some fundamental difference. It’s usually just a matter of extent.

The sex-toy industry has evolved 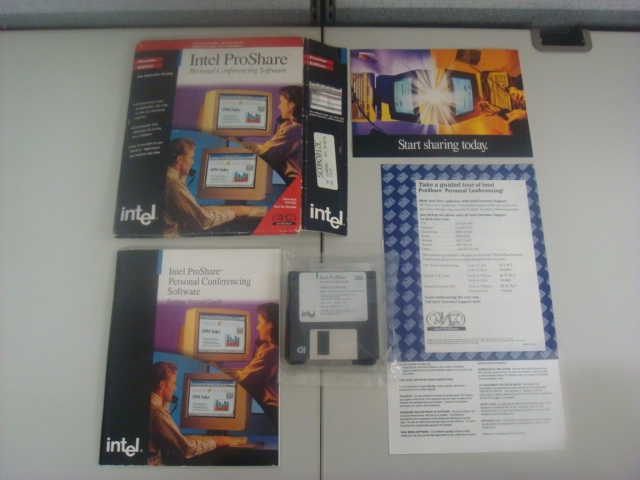 Years ago, there were plastic blow up dolls 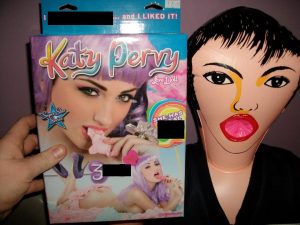 By reading the focus article, I learned about the RealDoll: Looking at the pictures, things have evolved a bit since the days of the blowup doll.

The magazine went into a lot of the psychology of sex toys. As these robots become more convincing, what will that do to real sex? For the really introverted types, unable to find love, can these dolls be fulfilling? For those with certain unacceptable fetishes, pedophilia or violence, can these be an outlet? 5 Many modern dolls are fitted with artificial intelligence, similar to Alexa/Siri. You can have basic conversations with them. There are AI psychologists out there, do they have to be limited to a computer screen? There are EU politicians working on policy around sex dolls. There’s a member of the European Parliment who is fighting for human rights for robots. All robots, not just sex robots. Here’s a random English language article on the topic. One interesting quote came from the author of the book Love and Sex with Robots 6 “by the year 2050 it’ll be normal to have sex with robots” In the mainstream media, the movie “Her” got very positive reviews. It was awarded an Oscar for best screenplay in addition to four other nominations. This is not fringe stuff. 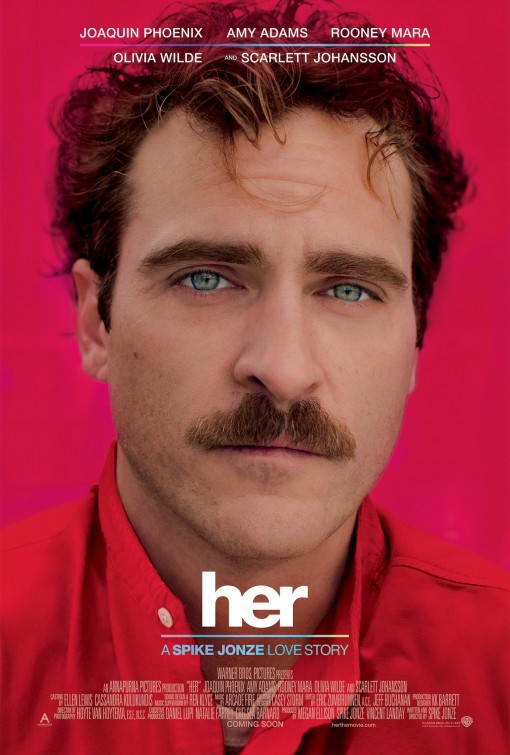 So, would you sleep with a robot?

Sex is one of the most illogical things about being a modern human7. Big boobs/little boobs, why do we care? Big butt/little butt, why do we care? Red hair, blond, fair skinned or dark, petite or fleshy… why do any of these things matter? 8 These things shouldn’t matter, but they do.

Is it a big deal to have plastic surgery?

Most of the people I know would consider plastic surgery to be extreme. They feel that it crosses a line and is somehow fundamentally beyond what others do. I don’t agree that plastic surgery is fundamentally different. It is merely further down a road that all of us have traveled. Here’s one of my tangents. All of us do something to improve our looks for ourselves, for others, usually both. If this weren’t true, we’d all shave our heads 9 and wear comfortable sweats. You don’t have to be a Barbie type to get hilights in your hair. Most guys have spent time in the weight room in their youth trying to buff up. Women will wear a slinky dress, push up bras and heals. Under Armour fitted shirts are a popular way for dudes to look more muscular.

But plastic surgery is different. It’s a permanent body modification.

Is it? Says who? Who gets to decide what’s extreme and what isn’t. If a woman has breast cancer, would we expect her to live the rest of her life without breasts? Would anyone begrudge a double-mastectomy’d woman of her replacements?

But that’s only because of the cancer!

The cancer leads us to remove the breasts. Putting something in their place is a purely psychological thing. That psychology didn’t just appear with the cancer. Many women feel that motherhood has partially destroyed their bodies. Nursing takes it’s toll. Is it unreasonable for a woman to want to have her old body back? TV shows like Extreme Makeover 10 make it look easy. Talk to a doctor, pay some money, stay at home for a day, all done. So wrong. The recovery is not easy. I once helped nurse someone back to health and it was almost a week before she could walk around the block. The arguments I’m making here all center on the female form. Society does put more emphasis on female beauty. While that is true, I don’t think it is a relevant part of an argument about whether plastic surgery is different from other forms of beauty enhancement. We all do things for purely cosmetic reasons. The line we draw between what we consider to be everyday things and what is “extreme”, is an arbitrary one. There is no clear line, it’s just opinion.

The sex industry of real people

Most people have paged through a nudey magazine. Playboy, Penthouse,… My college fraternity, like most (all?) frat houses, had a porn tape or two floating around. We had a special cable box for a bunch of years that got all the channels. It was always on and it was always on the Playboy channel. College is an environment soaked in sex, probably too much sex. Is it more than the intense hormonal activity of that age? Usually not. 11 Most guys have been to a strip club.12 It’s a stereotypical part of a bachelor party. Here you are, about to get married, and your best friends are paying some random women, who you don’t know, who you don’t want to know, to wiggle around naked in front of you. She bounces around on your lap. Depending on where you are, she’s rubbing her tits against your face. This is not seen as perverse by most people. A friend here in Germany has promised to take my wife to a Chippendale’s show. 13 Prostitution is legal in many parts of the world. Even in Iran, there are some religious loopholes that enable it. Most people probably view it as taboo, but probably not perverse. All of these cases are highly sexual. All of these cases are without any “human” connection. The couple “gettin jiggy with it” on the TV. You don’t know them. The girl up on the stage, she probably doesn’t want to know you. The woman that’s paid to escort you to dinner followed by some “evening entertainment”… You’re not getting to know each other. They all might as well be robots.

Back to sex toys 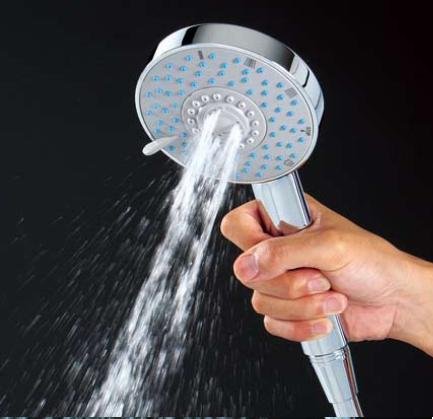 How about the massaging shower head? Is the massage setting ever used for actual showering? Mainstream movies have sex toys, no big dealIf you’re in a long distance relationship, perhaps you might consider one of these, available on amazon.de16 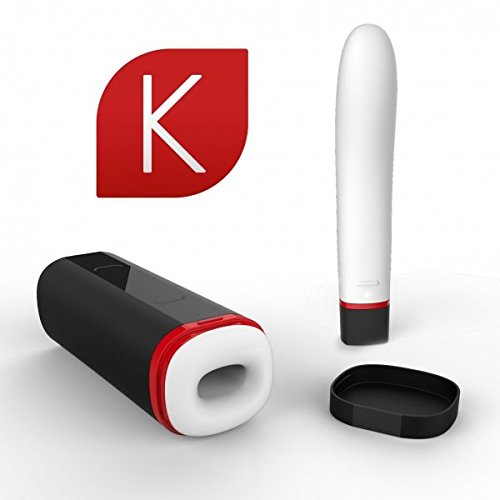 It’s easy for us to refer to the other guy’s actions as crazy, extreme, perverse, as fundamentally different. Some people walk around in frumpy clothes, others get dolled up occasionally, some go under the knife. It’s a continuum. Some won’t look at another woman/man walking down the street, many will visit the occasional strip bar, some will get it on with a robot. With all of these topics, there are no fundamental lines. Everyone draws their own lines. It’s their own choice to make. It’s not our place to pass judgement on where someone draws their own. So again, would you have sex with Alexa incarnated in a machine body?